Posted on Mar 8th, 2018 in Interview News | Comments Off on âHap and Leonardâ Happy to be Back on SundanceTV 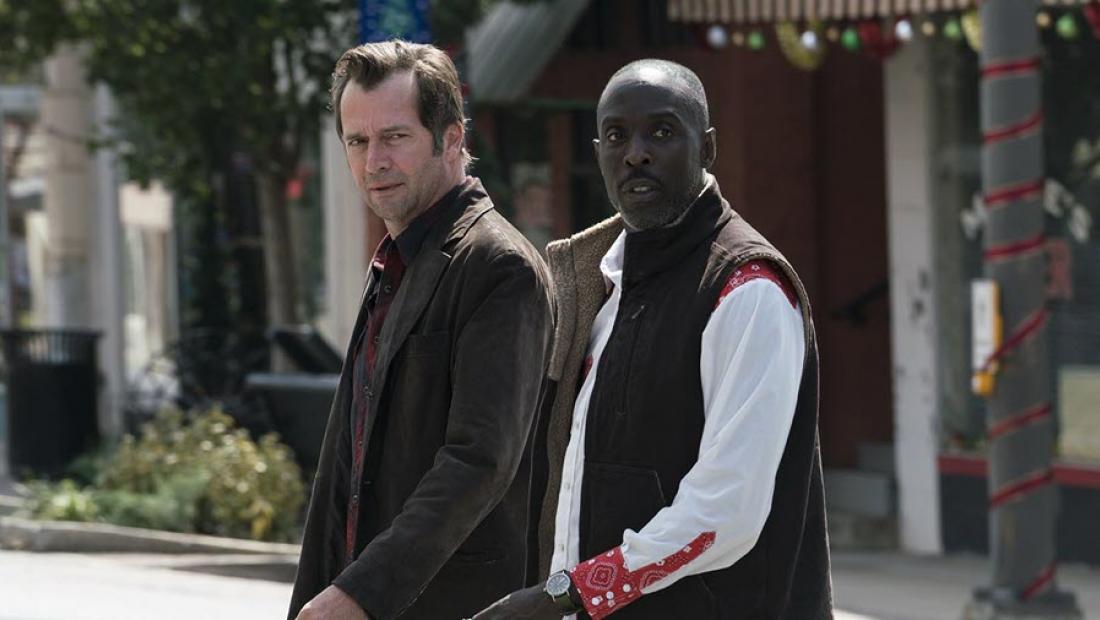 A new season of Hap and Leonard starts on SundanceTV March 7. The third season is inspired by the third novel in the series by Joe R. Lansdale, The Two-Bear Mambo. There are six episodes in the season.

The show is about the friendship between a couple peculiar guys in East Texas. Hap Collins, played by James Purefoy, is a straight white lothario, and Leonard Pine, played by Michael Kenneth Williams, is a gay black man.

Williams, who played Omar Little on The Wire, calls the characters âwalking contradictions.â

âYou have a heterosexual white man, joined at the hip with this openly gay black man, a cowboy and a Republican who likes country music,â he said. âTheyâre brothers, and they would kill for each other.â

Purefoy says the new season is particularly timely, as it examines white supremacy in the U.S. âThereâs so much fear and ignorance and hatred for people who are not the same,â said Purefoy, who is English. âItâs something that surprises me every time I see it.â

The season was shot outside Atlanta, and Purefoy said the Confederate flag hanging outside houses was a fairly common site.

The new season has drawn some big names as guest stars, including Louis Gossett Jr., Corbin Bernsen and Andrew “Diceâ Clay. Both Williams and Purefoy describe Clay as âa character.â He plays a disk jockey, a blues guy looking to share his music in East Texas. âDice is someone who brings his own thing,â said Purefoy. âHeâs very good at riffing on the script.â

Both Williams and Purefoy were struck by Gossettâs presence on the set. âHeâs an American treasure,â said Williams. âAside from the professional accolades he garnished over the years, to have a black man that ageâhe was alive when these stories were very prominent. To have his energy there, his input on the story and what was then and what is now, is very humbling.â

The actors say the guest stars are attracted to the show for its sharp writing. âOur writers give respect to the characters,â said Williams.

Purefoy explains how a bad guy is never exactly a bad guy on Hap and Leonard. âItâs not just the run of the mill, white sheriff, big hat, big badge, heâs gonna be a racist,â said Purefoy. âWith Joe [R. Lansdale], itâs more complicated than that. People have different things going on in their lives.â

Williams and Purefoy first worked together on NBCâs short-lived drama The Philanthropist, which aired in 2009. They recall being in a hotel room in Prague when President Obama came into office, hugging each other and crying at the historic moment.

Eight years later, they found themselves in a room in Georgia while working on Hap and Leonard, watching President Trump come into office. âWe were hugging and crying for a different reason,â said Williams.